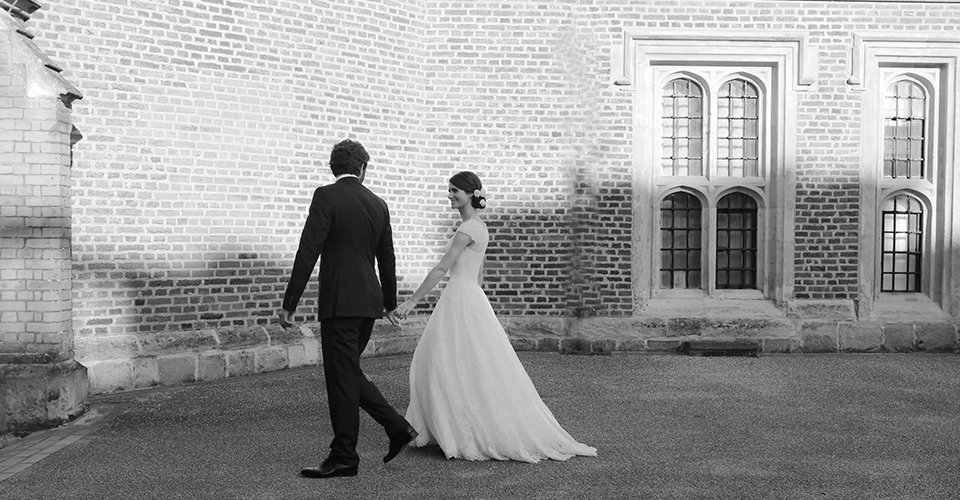 Pietro and Rebecca effectively had 2 weddings in ONE! With the family Father being accompanied by the Italian guests and flown out to perform the “Italian” side of the service in the “mother” tongue, whilst the English ceremony was conducted by the local priest in English.

What a loving and emotional Wedding Service it turned out to be!

Following lots of Italian hugs and kisses in the church gardens – the guests departed to Eton to Gilbey’s restaurant – whilst Pietro and Rebecca were fortunate to be able to have fun photographs taken in the courtyard & grounds of Eton College.

What a spectacular backdrop and a privilege to be able to photograph a beautiful couple in such hallowed spaces.

Following various stops along the High Street, for fun pix, including taking the confetti shot across the middle of the road (stopping the traffic on both sides) many of the guests cam along to greet the couple as they made their way back to the venue.

Their reception took place at the Gilbeys’ – a private and intimate restaurant in Eton – a great place to sip cocktails and have a long meal. Italian of course!